MAZAK AND THE USED MACHINERY MARKETPLACE

Of the many things that we use in our lives on a daily basis, do we actually sit down to think about just how they were made? Think about it: Cars don’t just sprout, fu, out of the ground, and airplanes don’t just appear, complete and flying, out of thin air. Thousands upon thousands of components, large and small, are machined, fabricated, and assembled to build every item that we use in our daily lives.

Even those of us in the used machinery sales and industrial auction world might take these things for granted. After all, we’re consumers too! But the average person may not realize that there is an entire machine industry, with manufacturing names such as DMG Mori, Doosan, Mazak, and Okuma, to name just a few, whose primary purpose is to develop machines that make parts, tools, and other machines that produce the things we use regularly. Without them, we would be driving cars, flying in airplanes, defending our countries, or even communicating with each other if not for the machine tools and the manufactures that build them. Today, we will focus on Mazak, a company that was founded in Nagoya, Japan, in 1919 by Sadakichi Yamazaki.

Initially founded as Yamazaki Machinery, a straw mat weaving machine manufacturer, the company quickly evolved into manufacturing lathes, mills, and machine tools. In 1968 they developed one of the first NC (numerically controlled) Lathes, the Mazak MTC series, and in 1970 developed the first Mazak Machining Center, the BTC. A leader in innovation, Mazak quickly grew and expanded their footprint and led the way in the development of multi-tasking machines, high-speed machining, automated manufacturing systems, and hybrid additive manufacturing/machining.

Mazak is a global company with manufacturing plants in Japan, the USA, the UK, Singapore, and China. They are a leader in the production of CNC Machine Tools (or, “Mother Machines”), as they are used to make components for other machines which will, in turn, be used for manufacturing different in both the industrial and consumer sector. The benefit of CNC controls is that the computer sends precise coordinates to a specific operation, so the amount of potential error is next to zero.

Mazak is not only highly respected for the quality of their products and their innovation, but for their extensive after-market support as well. The machine tool industry is a crowded one, and with top-tier names like Doosan, DMG Mori, Haas, Makino, OKK, and Okuma trying to eat your lunch, the competition can be fierce. But to Mazak’s credit, their marketing savvy is among the best in any business, and their price points seem to fall right in the middle of the others.

Mazak has a very loyal following, and in our travels there is rarely a CNC shop that doesn’t have at least one Mazak on the floor. There are many reasons why they have been helping to keep manufacturing businesses profitable for 100 years. The company is widely known for their products’ robust build quality, high-tolerance operation, innovative CNC programming (they introduced Conversational Programming on Mazatrol CNC Controls in 1981), and advanced “Palletech” robotic automation systems for higher production capability. In addition, they have manufacturing, training, and tech centers in almost 60 countries.

Things to Keep in Mind before Buying Used CNC Machines: 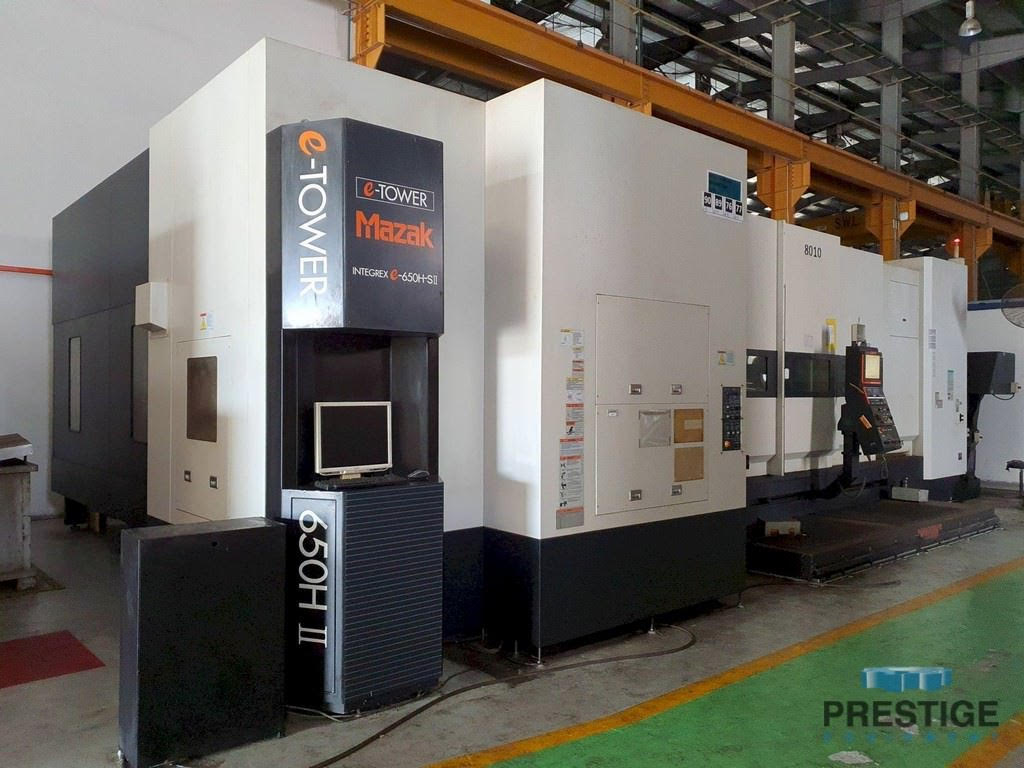 Your business is your most valuable asset, and buying a used machine should be considered a long-term investment. For all the reasons that we’ve stated above, Mazak continues to be among the most popular machines that people seek out on the used market. But no matter which OEM or type of used machinery that you choose, proper and regular maintenance is essential for any machine’s longevity. When buying used industrial equipment, it’s important to consider: